Although we haven’t had volunteers on site in the last year or so, we are so so grateful for their work and support. In honor of National Volunteer Week, we’d like to highlight the experience one of our dedicated volunteers, David, had working with campers in 2019.

“My name is David. I work at Cerner. In 2019, I had the opportunity to volunteer as a counselor for a week of camp at Wildwood.

How I Got Involved

You might wonder how I came to spend a week with campers at Wildwood.

I first learned about Wildwood in March 2018 when I was searching for volunteer opportunities. I stumbled across a listing for Wildwood’s fundraiser, Take A Wild Guess, at Boulevard Brewery. Between my background as an Eagle Scout and my fondness for local beer, I knew that this was the perfect volunteer opportunity for me. I volunteered at the event–manning a game station for guests–but I immediately felt I had more I could offer Wildwood than a donation or a few hours of my time.

As a result, I provided my contact information and expressed interest in volunteering at camp as a counselor. The following year, the Wildwood team and I set plans in motion to be a volunteer counselor for the final camp session in August.

As the date approached for me to ship out to camp, I became increasingly nervous. I had attended camp as a Boy Scout, but I had never been a counselor. What would they think of the random guy who signed up to be a volunteer counselor? Do I have the skills to manage a cabin full of campers for five days? Could I figure it out enough to be helpful?

However, my concerns immediately melted away as the buses pulled up and we met our campers. I realized that my duty for the next five days was simple: help a group of kids have fun and learn outdoors.

The first day of camp was incredible. I enjoyed learning about each of the campers in my cabin, and all the things we did on that Monday were new experiences for me.

The counselors were equally impressive. My cabin co-counselor, a college student who showed me some of the ropes, demonstrated Wildwood’s culture. He, like the other camp staff, showed campers respect and led by example. Together we all learned how effective a system of mutual respect could be at creating a positive camp experience.

I love that Wildwood is a technology device-free camp. Amazingly enough, not having screens didn’t seem to bother the campers at all.  I never heard any kids pining for their phones or game systems.  Instead they seemed quite happy to leave their technology behind in favor of a week outside.

My cabin participated in all the “typical” outdoor activities you would expect at a summer camp–archery, canoeing, fishing, and swimming–and we also had opportunities to participate in ropes courses and climbing walls. However, I was utterly surprised by the popularity of gaga ball (a version of dodgeball played in a shallow “pit”).

I had heard passing references to gaga ball on television shows, but I had no idea it was such a huge sensation at camp. The campers loved playing, and the other counselor and I were always looking for time between activities to let the cabin play a few rounds.

As fun as the other camp activities were, to me, the coolest activities were the science sessions at the Makerspace. My campers learned about the natural defenses animals leverage to protect themselves from predators. They then used recycled materials to build protective armor for a watermelon based on what they just learned from animals. And finally, the best part for the campers was when they tested their watermelon armor by dropping rocks on it, shooting it with slingshots, and firing arrows at it.

I am grateful for the time I spent at Wildwood. The five days I spent with campers and counselors was a great personal challenge that took me outside my comfort zone.

When I finished the week, I felt a great sense of personal achievement. I hope that I inspired a reverence and awe for nature in the campers that I was with.

I chose to volunteer with Wildwood because I love the outdoors.  Through my childhood and adult life, it’s always been important to me to spend time outside, whether that be camping, hiking, going on a float trip, or simply reading outside on my patio.  I want to do everything I can to protect the splendor and integrity of nature.

The best impact I can have to protect nature is to pass along a similar sense of reverence for the outdoors to the next generation.  I hope that positive experience outdoors will influence Wildwood campers to make smart decisions that preserve the outdoors for generations to follow.  If you are of a similar mind, I encourage you to look for ways to support Wildwood and its campers.“

Thank you for supporting Wildwood and our campers, David! We are so grateful for your help! 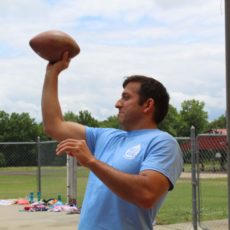 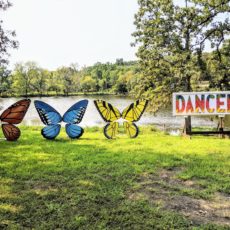 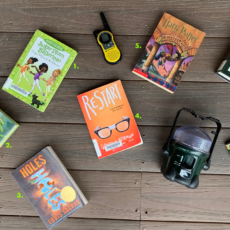